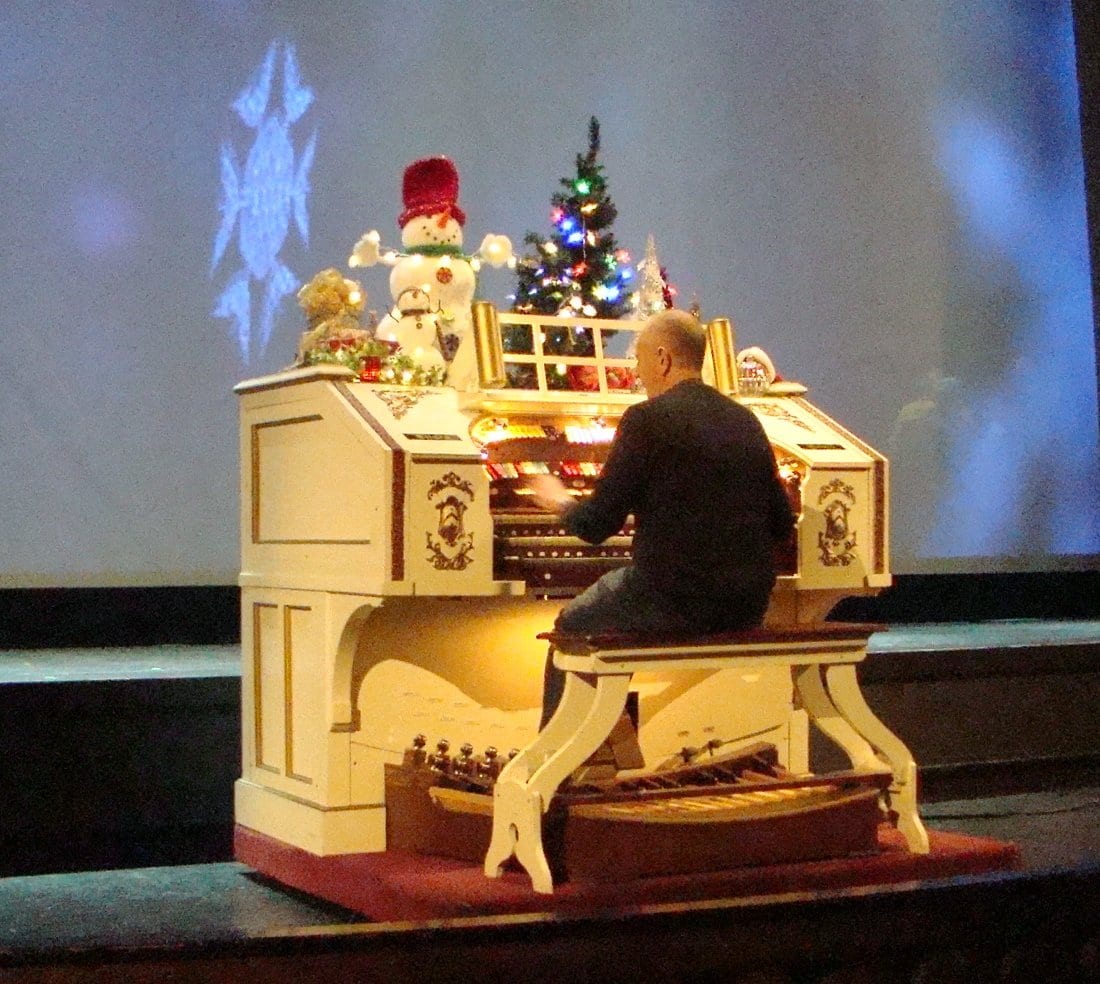 On the opening night in 1926, patrons of the Palace Theatre were treated to the sounds of the Kilgen Wonder Organ at the hands of the famous Banks Kennedy. Mr. Kennedy signed the wall of the left pipe chamber and wrote that “Valencia” was the first piece heard by the public. His signature has been preserved and remains there today.

While the Kilgen was one of seven pipe organs in Canton, it is the only one that still exists and is by far the most well-known. Built by George Kilgen & Sons, Inc. of St. Louis, Missouri, it served as one of their show instruments in the Canton area and was pictured in their national sales literature.

The Palace Kilgen was always a crowdpleaser, and the Ink family, builders and owners of the Palace, liked to have it played. They and the management kept the organ in reasonably regular use through WWII and into the 1950s. In the early 60s, enough problems developed with the organ to render it unplayable. In 1967, Mr. Stephen Brown of Orrville, Ohio made some repairs to the organ and played it regularly until the theatre closed in the mid 1970s